“Blowing the racist dog whistle in politics is shameful. This disgraceful practice against black candidates unfortunately has a long and shameful history. That this would happen in California in 2018 is deeply disturbing. It appears you have chosen to follow President Trump’s playbook of using lies and fake news to smear prominent leaders of color.” — California Hawaii NAACP letter admonishing Marshall Tuck’s racism

The following is adapted from commentary here

The NAACP’s letter rightfully calls Marshall Tuck and his corporate backers out for their “[b]lowing the racist dog whistle in politics.” For business banker Tuck and the market-share obsessed charter school industry to accuse others of “not serving minorities” is really quite astonishing.

We must bear in mind that this is the same Tuck whose policies, much like those of his contemporary counterparts Tom Horne and John Huppenthal of Arizona, caused irreparable harm to students of color. Tuck closed down popular, research proven, Ethnic Studies programs. For example, Tuck completely eliminated Ethnic Sudies at (PLAS) Santee High School. Tuck also restricted and shuttered well regarded and research proven Heritage Language Programs and Dual Language Immersion programs. These language program closures and restrictions were so egregious, and such a violation of students’ civil rights, that the Mexican American Legal Defense and Educational Fund and Public Counsel Law Center jointly filed a Uniform Complaint Cause of Action against Tuck on their behalf.

It took years of protracted court battles to defeat Horne and Huppenthal’s attacks on students of color. We can stop Tuck from carrying out that same agenda by simply electing Tony Thurmond. Californians have an opportunity to show Tuck and his right-wing backers that there’s no room for bigotry and ethnocentrism in our public institutions. 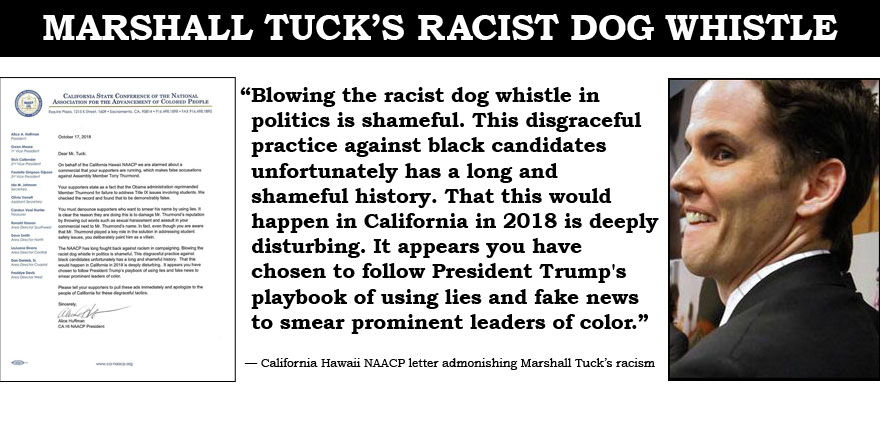 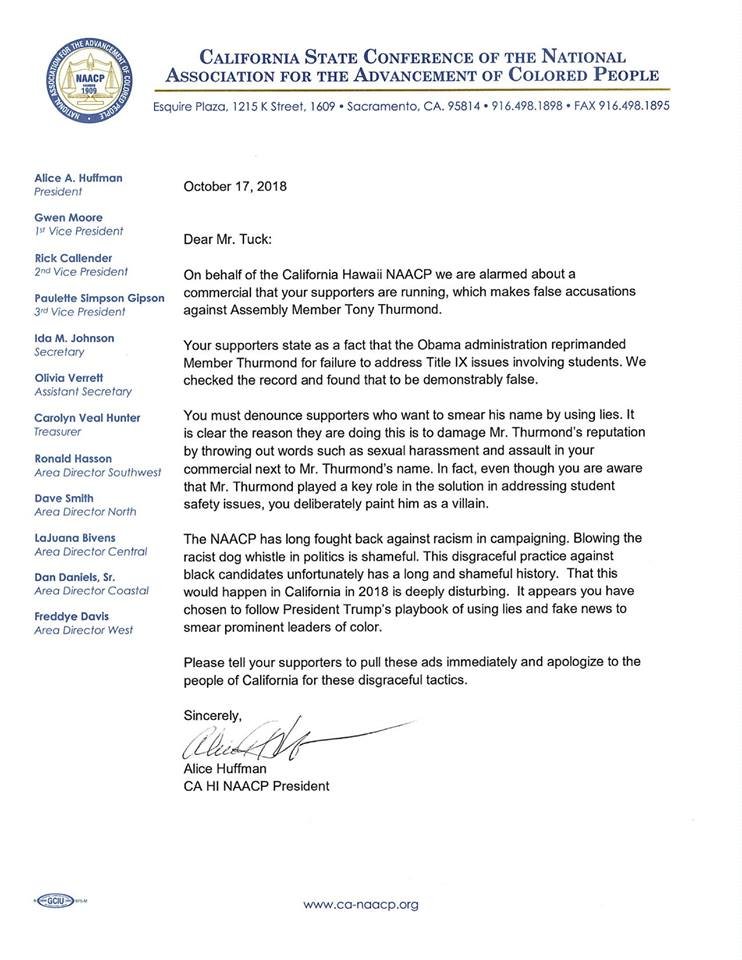